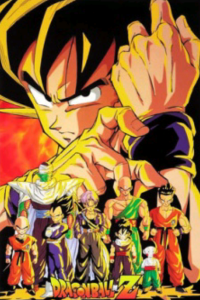 It wouldn’t be wrong to deem Dragon Ball Z as perhaps the most popular and adored anime series of viewers all around the globe. Since its start in 1989, the anime has constantly drawn viewers in with its adventure and martial arts-based combats.

Are you planning to finally give this series a shot or binge watch it all over again? If yes, then make sure to read this article fully to know which episodes are worth watching and crucial to Goku’s plot and quest to protect Earth from outer space asteroids and villains.

How many episodes does Dragon Ball Z have?

Based on the forty-two volume long manga series written by Akira Toriyama, Dragon Ball Z greenlit our television screens between 1989 and 1996. It showed how the adult Goku, along with his friends guarded Earth against intergalactic conquers and fighters.

The series ran for almost eight years and consisted of a total of 291 episodes. But is every single episode important to the manga plot or just a filler episode to keep the viewers entertained?

How many filler episodes does Dragon Ball Z have?

With a total of thirty nine reported filler and five reported canon and filler mixed episodes, Dragon Ball Z has a moderate to low filler rate of 13%. You can find a list of these filler episodes on our site and skip through them if you are short on time and want to save yourself from getting distracted by irrelevant characters and subplots.

But remember to get back to these filler episodes whenever you are free as every watcher agrees that they are a great source of entertainment and definitely worth watching!