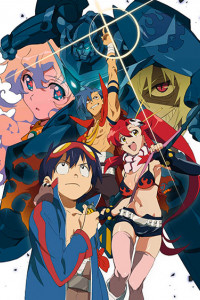 
Featuring a fantastical land and lovable characters mixed with a comedic plot, it is no surprise that Gurren Lagan earned enormous praise and adoration since its release. The series were created by Gainax studios and are now available to stream on Netflix as well!


The series aired between the months of April and September in 2007. During this time, a total of twenty-seven episodes were released, which were majorly adapted from the manga novel of the same name, written by Kazuki Nakashima.


Filler episodes become a need for anime series if there is not sufficient content available to adapt the series on. Although they are good sources of entertainment for the viewers, often filler episodes stray watchers from the original plot and lead to wastage of time that could have been spent elsewhere.


Luckily enough, the directors of Gurren Lagan realize the flaws of filler episodes and have directed the series with only one reported filler episode! Yes, you read that right, Gurren Lagan has an incredibly low filler rate of 4%.


Gurren Lagan features Earth, under the rule of the obnoxious Spiral King, Lordgenome. He has bound the humans to subterranean villages and constant oppression. Within this era, two heroic fighters called Simon and Kamina plan to reach to the surface of Earth and lead a battle against the Spiral King and whoever is the real evil causing harm to human beings.


You can start binge watching this amazing and adventurous series and finish them in little time by skipping its filler episode. The specific episode number of this filler is mentioned on our website so go ahead and lose yourself into the world of Simon, Kamina and their oppressor, Lordgenome!